Late November should have seen the Chancellor announce his Autumn Budget and a Comprehensive Spending Review covering the next three financial years. Like many other plans, the uncertainty created by the pandemic has put both on hold. In their place was a ‘Financial Statement’, primarily addressing a one-year Spending Review, with a nod to the red ink contained in the Office for Budget Responsibility’s (OBR) Economic and Fiscal Outlook.

The last financial projections from the OBR were published a little over three months ago, so neither counted the cost of the various iterations of the Chancellor’s Winter Economy Plan nor allowed for the second period of lockdown. In August, the OBR’s central estimate was that the government would end up borrowing £372 billion in 2020/21, nearly seven times its March Budget figure of £54.8 billion. Data released last week showed borrowing in the first seven months of the financial year had already reached £214.9 billion. The OBR now expects a figure of just short of £400 billion in its central case for 2020/21.

Rishi Sunak presented his first Budget on 11 March, the day that the World Health Organisation declared Covid-19 to be a pandemic. At the time, the Chancellor described his Budget’s coronavirus initiatives as being “temporary, timely and targeted”. Their cost was put at £12 billion. Twelve days later the first lockdown began.

Since those early spring days, Covid-19 has dominated the government’s agenda and seriously weakened its financial position. Mr Sunak added to his Budget measures three times before March was out and has since further enhanced and extended support. By mid-October, claims made under HM Treasury’s two headline schemes, the Coronavirus Job Retention Scheme (CJRS) and the Self-Employment Income Support Scheme (SEISS), had amounted to over £55 billion. The schemes are not set to end until March 2021 and April 2021, respectively.

The economic consensus is that for now the financial focus is on survival, but the Chancellor has frequently indicated that a day of reckoning is on the horizon.

“Our health emergency is not yet over. And our economic emergency has only just begun” according to the Chancellor as he started his speech. However, anyone expecting Mr Sunak to indicate how he intended to balance the government’s books in his latest statement would have been disappointed. He did acknowledge that the pandemic would lead to long-term scarring, with the economy around 3% smaller in 2025 than expected at the time of his March Budget.

This statement was always intended to present the 2021/22 Spending Review – shortened from the originally planned three-year period – and that is what it proved to be, with a heavy emphasis on spending:

The OBR’s latest Economic and Fiscal Outlook effectively sets the framework for the challenge facing the Chancellor in the years ahead. The most immediately striking item is the forecast for borrowing in this financial year, which has now risen to £393.5 billion, based on the OBR’s central forecast. The downside scenario figure puts borrowing at £440 billion.

Underlying the OBR’s picture of the future path of the UK economy are a range of assumptions and projections, some of which Mr Sunak mentioned in his speech. On the OBR’s central scenario:

The OBR hasn’t assumed any tax increases in coming years, other than those already implicitly built into the system, e.g. frozen tax thresholds. Thus, income tax receipts are projected to be £203.6 billion in 2021/22 against £217.4 billion originally forecast in March. Forecast overall 2021/22 government income has dropped by 7% between the March and November assessments, while the corresponding increase in total government expenditure is 3.5%.

In his speech the Chancellor said “…we have a responsibility, once the economy recovers, to return to a sustainable fiscal position”. The nearest that the OBR comes to considering the need for tax rises in its report is to note that “…even on the loosest conventional definition of balancing the books, a fiscal adjustment of £27 billion (1% of GDP) would be required to match day-to-day spending to receipts by the end of the five-year forecast period”.

The £42 billion increase in the OBR’s estimate of the longer-term deficit is in line with projections from the Institute for Fiscal Studies and Resolution Foundation. Earlier this year both these organisations suggested that around an extra £40 billion a year in additional tax would be required over the medium term. That would mean raising tax receipts by about 2% of GDP from the current level of around 38%. Such an increase would require a range of measures across the full tax spectrum.

The Spending Review 2020 speech as delivered by Chancellor Rishi Sunak

@ Copyright 25 November 2020. All rights reserved. This summary has been prepared very rapidly and is for general information only. The proposals are in any event subject to amendment. You are recommended to seek competent professional advice before taking any action on the basis of the contents of this publication. 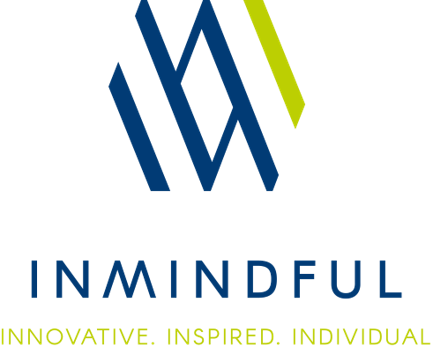